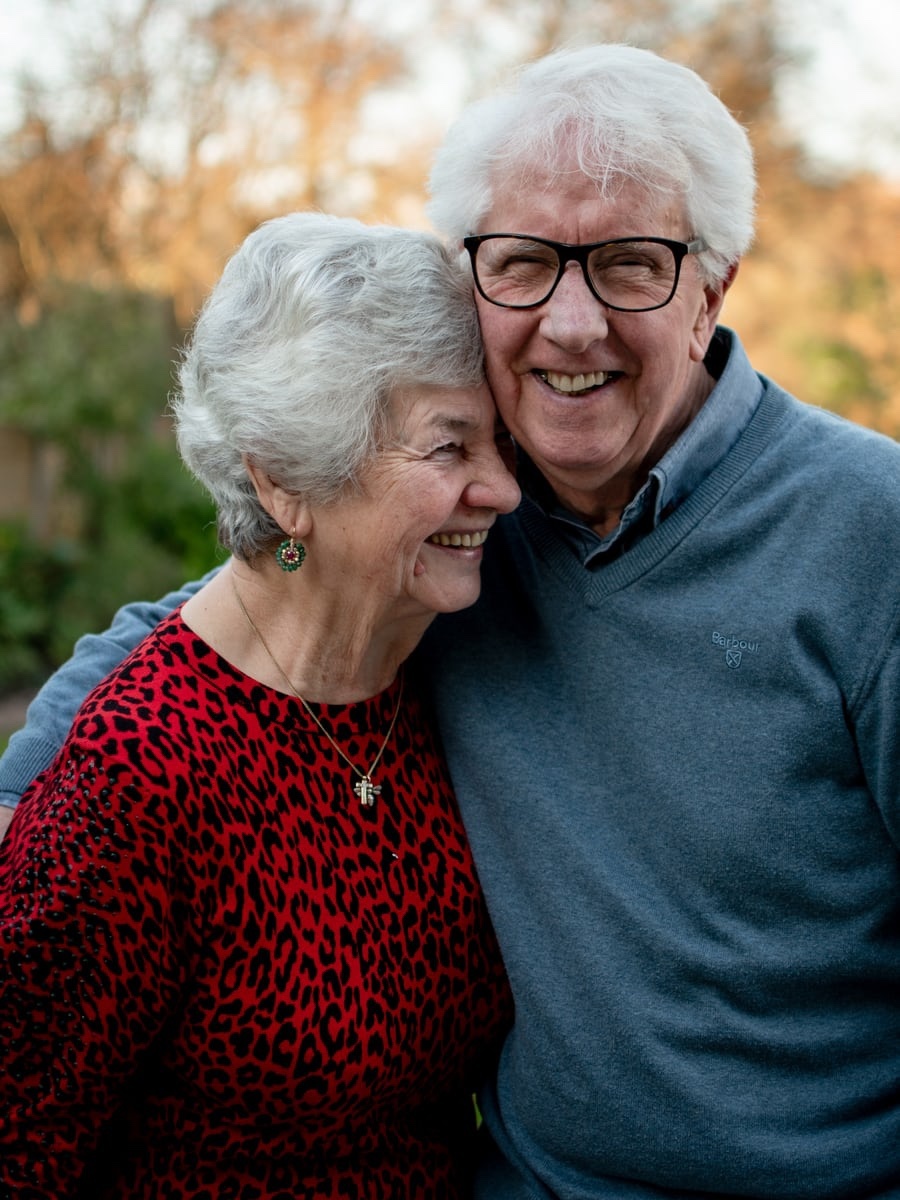 Here’s a snapshot of a day in the life of one of our Companions and his experience of its rewards and challenges. We warn you..it’s a tear jerker!

“I visited D for a few weeks before lockdown and we had made good progress with D beginning to trust and feel more comfortable in my company.

D’s wife had asked for our help as the strain of caring for D 24/7 was starting to take its toll. She clearly needed some respite and the chance to talk to someone who could remain objective.

D had previously visited a local keep fit class and his family suggested it might be a good idea to restart this as it would give his wife time on her own and an opportunity for D to mix with other people and to enjoy some social time away from his home.

As the class started at 11.15am I spent an hour at home with D while his wife went out leaving us to chat. We would then make the 10-minute journey into town to attend the class, which lasted for an hour.

Our conversations invariably followed the same pattern and D would talk about his work and his interest in football. He really struggled to put his memories into words and I had to read between the lines for much of the time. He did however enjoy talking and I felt it important not to interrupt or put pressure on him to recall more details of each story. He talked about his previous life when he lived near Heathrow; how he met his wife and they came to be married, and the move to their present location and starting a family. The fact that they still lived in the family home is of clear benefit now and is of comfort to D.

D’s favourite subject however was his wife and he is clearly very proud of the work she undertakes locally and in particular the maintenance of the flowers in the town. Clear evidence of her green fingers can be found in their garden, which is stunning.

D would often stop mid flow and ask me why I had come to see him and I would remind him of our date with the keep fit class. Our first excursion was somewhat stressful as D suffers from separation anxiety – leaving home without the company of his wife is a major commitment for him.  We travelled to the venue by car and then on foot and the distraction eased D’s worries, however on arrival he became fixated with going home and finding his wife. With the help of other attendees I managed to distract him sufficiently to keep him in the class for a while. He did walk out a couple of times in search of his wife. who had accompanied him to previous classes. I could see that he was trying to work out why he had come back to the class but that his wife wasn’t with him. Despite reassuring him that we would go home after the class and that his wife would be there to greet us he became increasingly anxious. It is important to remember that you should not try to force someone to do something but rather try and distract them so that their focus changes.

As soon as our first class finished we left for home as it was clear that D had had enough. Throughout the class he asked me why his wife wasn’t there and when we would be leaving, but each time he asked he was momentarily satisfied with my response.

The class was very much a social occasion and the attendees sat and talked over tea and biscuits for 15 minutes at the end. Everyone was very understanding and it was a joy to hear the banter during the class with comments shared about how decrepit everyone had become. From his reaction I know that D enjoyed this too.

It became my goal to see the class out to the end and for D and I to join the post event activity but this took several more visits. Gradually D became more trusting of me and less obsessed with returning home. After the fifth class we stayed behind for tea and biscuits and then helped clear the furniture from the room. Unfortunately this was our last class before lockdown intervened. It was such a shame as D had clearly made progress and enjoyed himself and the company of others.

On my next visit to D’s home a few weeks after lockdown we had to start again with the issue of trust. D’s wife had tried everyday to ensure that he was kept occupied and their daily walks had become more frequent, but being shut off from the rest of the world for week after week was beginning to negatively impact on both of them.

We agreed that the best course of action would be to take a walk, as our options were extremely limited. We managed just 10 minutes. We agreed to set out for a walk along the riverbank but we only reached the end of his road and D decided he wanted to head back. My reassurance that his wife would still be at home fell on deaf ears and it became clear very quickly that he had decided to turn back. Again it is important not to force the issue when trying to reassure someone, so we headed home.

Gradually over the course of four weeks our walks lengthened until one day we were out for over an hour. D had finally come to trust me again and was satisfied that he would come to no harm with me at his side. When the bars and cafes reopened we ventured out to the high street and enjoyed a coffee outside of a local pub. D chatted to me all the time but his memory of his work and past life appeared to have diminished. He talked less of the things he had spoken of when we first met and he struggled to make sense of what he was trying to say. I neverinterrupt or correct him, I let him finish and try to interpret his words. It is important that he feels comfortable in my company and that he doesn’t feel pressured or judged in anyway. This way we enjoy our time together and our weekly outing is something D doesn’t fear or feel apprehensive about.

D often says that he knows someone when we encounter them on the street and he tries to relate a story about them. He often thinks that I know them too and makes a joke of this. Again, I never correct him; I simply play along as the moment soon passes. D has said to me during conversation that I need to remember, “that he is the mad one” and then he looks at me with a cheeky grin and chuckles. These are moments that I am personally very fond of, it’s a strange thing to say but to me it shows that some of the old D is still in there somewhere.

Gradually over the weeks in which we started to meet during lockdown D has started to talk about his work again and where he used to live, but this has become confused and he often mistakes his current home town with his previous one. Again, I never ask him to recall his past and keep the conversation in the present day as much as possible.

On one occasion we had ventured out to the local pub for our customary coffee and were on our way home when we encountered D’s wife who was out shopping. Up until that point her name had hardly come up in conversation (as it usually would) but as soon as he spotted her he decided he wanted to go home with her, straight away. When she explained she was in the middle of shopping he said he would accompany her. She suggested that he walked home with me and she would meet him there but he was adamant and so our weekly outing continued with an additional companion. It was immediately obvious that he would not be swayed in his intentions and there was no point in trying to persuade him otherwise. It would appear that his separation anxiety will always be a problem and will need to be managed effectively if he is to be less anxious in this type of moment.

We continued the journey home by car with all three of us wearing a mask. D’s wife and Iagreed that if a chance meeting such as this happened again we would do our best to avoid each other, as it is vital for his wife to have quality time on her own or with friends and family. We have managed a two-hour period when she went shopping with her daughter and we pre arranged that she would leave a note for us to confirm when she would be home. This worked well initially and when D read the note he was happy that he knew when she would be home. This lasted just a few minutes before he began to question where his wife had gone and despite re reading the note several times his anxiety had overcome him and he was looking for clues that would uncover her exact location, presumably so he could go and look for her. He has done this a couple of times after we arrived home from our walk and she was not at home. On one occasion he went out in the rain to look for her and started to knock on neighbours doors.

His neighbours are always very kind when they encounter him, aware that he struggles to communicate. I always follow him and try to reassure him that if he comes home and waits his wife will be home soon. He just needs gentle reassurance that all will be well but he often finds it difficult to comprehend. This is where trust is key, he now trusts me and knows that I would not harm or lie to him and it is hoped that this will allow me to stay with him for longer and give his wife some much needed respite.”

Get exclusive updates delivered direct to your email inbox.